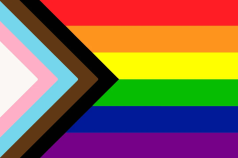 It’s Pride month and I’ve been so focused on dinosaurs this June that I’ve not really talked about it much. So let’s close out the month with some queerness.

I’m Andrea, a lesbian non-binary trans woman who is also gray-romantic. I’ll start this post by going through what each of these labels mean to me personally.

As a lesbian, I’m sexually and romantically attracted to other women and also non-binary people – though primarily those who to some degree align with femininity and/or womanhood such as myself. I’m not attracted or available to men, the latter “availability” being what I consider a key pillar to lesbianism for me. Even if I was attracted to men, the fact that I don’t present as available to them is enough to be a lesbian in my book – but in my case both things apply

Being a non-binary trans woman means that I don’t identify with the male gender I was assigned at birth. I’m a woman, but I’m also not strictly a woman. My own womanhood stands outside a gender binary, I don’t subscribe to the idea of “men and women” being opposite roles, I view them as completely disconnected for each other. In this, I can’t fully relate to the usual understanding of what a woman is and I see myself as a third party outside of that norm. I’m non-binary, but still woman enough to be a woman.

Gray-romantic is probably the term I use the least when talking about myself because I actually don’t like the term. Gray-romantic is part of the aromantic and asexual spectrum. It doesn’t mean I don’t experience romantic attraction, like aromantic does, but that I struggle to experience it. It’s very difficult for me to recognize romantic feelings at all, let alone inhabit them. Though my sexual attraction and feelings are fully “allo”, that is to say they match the norm rather than fall within asexuality.

I want to once again reiterate that this is what these labels mean to me and how they apply to me. I recognize that it does not always match how others perceive those labels.

This year the pandemic has once again taken away the usual venues that Pride tend to take hold in. There’s no parade here to go in, no big rallies or the like. Not much to do about that, of course, people’s safety must come first.
With this said, some places have kicked off their Pride events despite the pandemic and as usual it has led to pushback from harmful parties. “Gender critical” TERFs are trying to exclude and demonize trans people, police are pepper-spraying queer people just for gathering in crowds, it’s all the same old stuff as it has always been.

And that’s why Pride is still important to recognize not as just a celebration of queerness but as a protest, a riot, an angry uprising towards the systems of oppression that still chain us down and hurt us over and over again. We need to realize that we can not be caught up in petty in-fighting over which flags to use or whether kink at Pride is “too much”, because doing so shatters our solidarity which in turn means the oppressors can more easily hurt us.

This past year has a record amount of anti-trans legislation being brought forward or passed in the US and UK, countries like Russia and Poland keep introducing anti-LGBT laws, Israel is using the idea of LGBT acceptance to justify their apartheid of Palestinians – many of which are queer themselves. All over the world we’re being hurt, oppressed and demonized.

So if you take anything away from this post and Pride in general this year, please let it be this. Queerness is a battle and we need to stand our ground to keep fighting it on our own terms and not bow to the systems that seek to destroy us. Be angry, be direct and don’t stop just because June comes to an end. 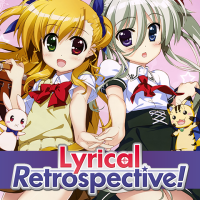